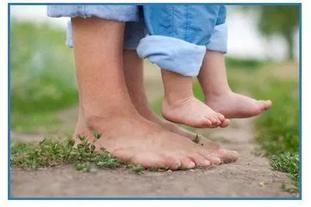 The most severe chronic muscle and joint pain is often caused by the PreClinical Clubfoot Deformity, an inherited, abnormal foot structure that causes the foot to twist and distorts the posture.  This causes the body’s weight-bearing joints to become inflamed and the muscles to become strained, ultimately resulting in chronic pain – often throughout the entire body.

The symptoms of the PreClinical Clubfoot Deformity start at an early age, as young as two or three years of age and only get worse as your child grows.

There are two personality types in children who have a PreClinical Clubfoot Deformity.  The first is a child who is sedentary and is unable to muster up the determination to overcome the obstacles that this severe abnormal foot structure can present.  The second is a child who is active and often actually driven to excel in physical activity (such as sports) even though they have continuous overuse injuries.

Look for these traits in your child:

Symptoms As A Baby:

Symptoms As A Child:

Symptoms As A Teen:

Maybe you’ve seen similar symptoms in your son or daughter, symptoms that are only becoming worse as they grow.  You’ve probably tried everything you know of to help your child, but at some point started realizing that no one seems to know what is causing your child’s pain.  And no pain management therapies – neither traditional nor alternative – make any lasting difference.

The problem is that many physicians have no knowledge of the PreClinical Clubfoot Deformity, nor the chronic pain (and potentially other) symptoms that it creates. For this reason this foot structure goes undetected and your child may needlessly grow up to live a life filled with pain and suffering.

First, sit down with your child and take the Rothbarts Foot Questionnaire. If they answer eight or more questions in the affirmative, the cause of their pain is most likely an inherited, abnormal foot structure, probably the PreClinical Clubfoot Deformity, as this is the foot structure in which symptoms can be seen early in childhood.  I suggest you also use this time to take the questionnaire yourself, as you, too, most likely have an inherited abnormal foot structure causing your chronic pain.

The only effective treatment to eliminate your child’s (and your) chronic pain is to effectively treat their abnormal foot structure and this is done by decreasing their foot twist and permanently correcting their posture.  As a result, their joints and muscles will naturally heal themselves.  This can only be accomplished through a non-invasive (non-drug/non-surgical) therapy known as Rothbart Proprioceptive Therapy.

Is A Child More Likely To Have An Abnormal Foot Structure If Their Parent Does?

Warning: The abnormal foot structures that cause chronic muscle and joint pain are inherited!

A scared and distraught parent wrote me that her son, in his twenties, lives in severe chronic pain. She was beside herself with worry as he has the same agonizing symptoms that her husband had before he ended his own life. In desperation, she asked me if he could have an abnormal foot structure causing his pain.