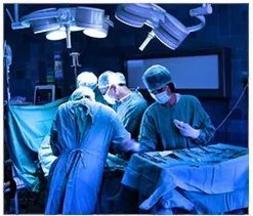 surgeries, including disc surgery, fail because there is something else going on in your body which is preventing a successful outcome.

Let’s look at surgery to correct a herniated disc:

A herniated disc is a problem with one of the rubbery cushions (disc) between the individual bones (vertebrae) that stack up to make the spine. A spinal disc has a soft center encased within a tougher exterior. When the soft interior material escapes through a tear in the outer tougher material, it can put pressure on a spinal nerve. This is called a pinched nerve.  The disc itself is not painful, but rather the nerve that is being pinched or irritated by the material leaking out of the disc.

Surgical intervention is aimed at removing the herniated part of the disc in order to relieve the pressure on the nerve.  You would think that this would alleviate the back pain. So why are there so many failures?

The reason surgery on a herniated disc often fails is because something in the body is creating the herniated disc.   And until that ‘something’ is eliminated, most likely you will continue to have back problems.

The instigator I am speaking of is called the PreClinical Clubfoot Deformity; a structurally abnormal foot which occurs in about 80% of the world population.

If you have a PreClinical Clubfoot Deformity and do not correct the twist coming from your feet, yet have surgery to correct your herniated disc; the result may not be what you were hoping for. Post surgery, your spine is now weaker and the twist continues, which can easily lead to another herniated disc.  The downward spiral commences and your pain goes from bad to worse.

The solution is to effectively handle what’s forcing your spine to twist – your abnormal (twisting) feet. When your feet no longer twist abnormally, your spine will no longer abnormally twist and the probability of developing another herniated disc is greatly decreased.

Surgery on a herniated disc is one example of back surgery resulting in your pain going from bad to worse.  If you have a PreClinical Clubfoot Deformity, many other types of back surgeries will create the same effect, as whatever correction the surgeon makes will be foiled by the continual twist in your spine coming from your feet.

Walking out of your surgeon’s office, you were confident that, under his expertise and many years of experience, your unrelenting back pain would disappear if you have surgery on your herniated disc. What a surprise (shock) it was to find that your pain not only didn’t disappear but actually became much worse after the surgical intervention.

What didn’t your surgeon tell you during your pre-surgery consultation? He didn’t tell you that many back