Here’s living proof that you’re never too old to be young again. Look at the two dramatic photos below of Dr. Norm Shealy, a noted physician in the area of holistic health.

Never Too Old To Be Young Again

When Dr. Shealy came to see me, he stated he was 83 years old. He had bad posture and the chronic joint pain that goes along with it. As you can see by the second photo, his posture has greatly improved. And only three weeks after having started Rothbart Proprioceptive Therapy, he reported that he is no longer in chronic muscle and joint pain. Yes, you have read this correctly: He is 83 years young and now has zero pain.

You, Too, Are Never Too Old To Be Young Again

I’ll bet that, if you’re over the age of 40, your doctor has told you that your chronic knee, hip or back pain is all part and parcel of the aging process. You’re sent home with anti-inflammatory medication and advice to accept the ‘fact’ that you’re no longer young (or even less diplomatic – you’re getting old). You’re pushed out the door and told to learn to live with your pain.

The truth is that you are never too old to be young again – you just don’t know it yet. So as you’re sitting in your living room, taking pain meds, watching soap operas on TV and hugging your hot water bottle to your aching joints, you’ve resigned yourself to your doctor’s ‘sound advise’.

This is your wakeup call – it’s never, never, never too late to heal your body! The human body is a miracle of nature, created to live to a ripe old age of around 120 years. But in order to do this, you have to give it what it needs to stay healthy.

As science has known for many years, good posture is the foundation for not only healthy joints and muscles, but also for optimum health in your entire body. If you have bad posture, the rest of your body also suffers tremendously and your health deteriorates. You become old way before your time.

The most common reason for bad posture  (and hence, old age) is having an inherited, abnormal foot structure – a Rothbarts Foot or Preclinical Clubfoot Deformity. These common foot structures are the kink in the wheels of good health.

When the Rothbarts Foot and Preclinical Clubfoot Deformity are correctly treated, through the process of Rothbart Proprioceptive Therapy, your posture returns to its optimal, erect position.

The result of this permanent postural correction is that you not only look many years younger, but your muscle and joint pain also diminish (as well as many other signs and symptoms of old age).

The only thing stopping many chronic pain sufferers from having the same results as Dr. Shealy, is the mistaken belief that they are too old for their body to heal. Don’t buy into it. As the photos above prove, you’re never too old to be young again. 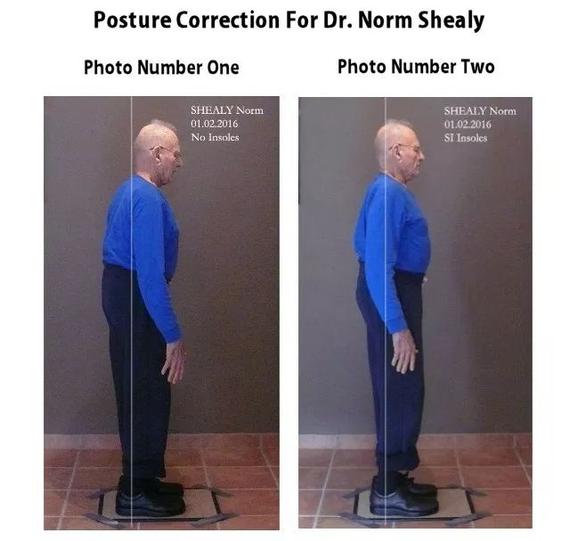 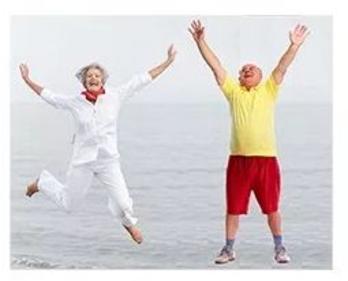